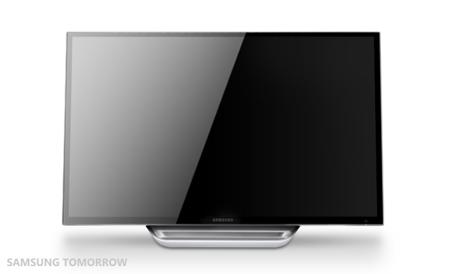 Samsung is a confirmed powerhouse in the world of consumer electronics, and they have certainly come a long way from the early days, where legend has it that their mobile phones (yes, those days with monochrome displays on phones) were said to have been made from recycled plastic, hence lacking the kind of solid quality or feel that Nokias carried. Well, one would feel proud to own Samsung products at home now, and this could be where you look towards purchasing a new monitor (or two) after seeing what Samsung has in store for the coming CES in Las Vegas, Nevada. Basically, there will be the Series 7 SC770 Touch Monitor and the Series 7 SC750 Touch Monitor on display (among others, of course, but we will just take a look at these two today).

First of all, let us take a closer look at the innovative Series 7 SC770 Touch Monitor which will arrive fresh out of the box optimized for Microsoft’s Windows 8 operating system. In fact, Samsung’s Series 7 Touch (SC770) holds the honor of being Samsung’s first multi-touch display that has been specially optimized for Microsoft’s latest operating system version, where it will deliver support for up to 10 points of simultaneous multi-touch, allowing users to drag, rotate or select objects viewed on the monitor using nothing but their fingers alone. Definitely not the kind of monitor that you would want to use right after you have eaten a greasy pizza (or a bag of chips) with your fingers, no? The SC770 will be equipped with a flexible, ergonomic stand that can conveniently adjust itself to your preferences, as it delivers a 60-degree tilt for comfortable use of the touch display.

As for the Samsung Series 7 (SC750) monitor, it will come in a slim, ergonomic design which is more than capable of a 90-degree pivot to deliver an enhanced convenience to users. It has also been optimized for surfing the web, and it does not matter if you want to view the documents in either landscape and portrait modes, it works equally well. Thanks to its sleek stand, it is capable of precisely positioning the screen at a comfortable eye-level without having to have a support fixture, while boasting a cylinder-shaped metal stand that accentuates the beauty of the slim monitor.