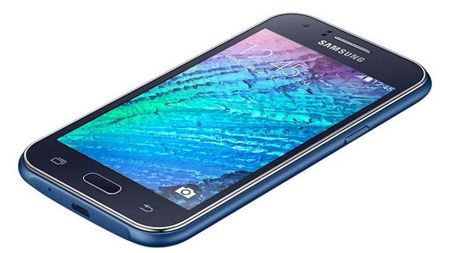 Samsung has a whole lot of smartphones released to date – and you can bet your bottom dollar that they also have a slew of other smartphones in the pipeline, too. However, the thing is, with so many models out there in the market, just which one would you choose? There are many models to pick from, and I suppose the most famous of them all would be the Galaxy S range, where we are now already into the fifth iteration at the Galaxy S5, and there are also whispers of the Galaxy S6 in the pipeline already which should be released some time later this year. Well, it seems that there is yet another handset ready and waiting – the Samsung Galaxy J1.

After all, with the alphabets “A”, “E” and “S” already taken up – and now “J”, there are still so many different kinds of alphabets to choose from, which is why one should not panic too much of Samsung ending up out of ideas. The Samsung Galaxy J1 does shape up to be a competitor to Motorola’s hot selling Moto G handset, as you can tell by the hardware specifications below.

The Galaxy J1 will feature a dual-core 1.2GHz processor, accompanied by a 4.3” display at 480 x 800 resolution, alongside dual SIM capability that lets you organize your life into its personal and corporate compartments, 512MB RAM, 4GB of internal memory, and a microSD memory card slot for expansion purposes. There will also be a 1,850mAh battery thrown into the mix, which will be complemented by a 2MP front-facing camera alongside a 5MP camera at the back, with all of them running on Android 4.4 KitKat as the mobile operating system of choice. At time of publishing, the Samsung Galaxy J1 seems as though it is available only on Samsung’s Malaysia website, which means it will have some rather limited availability at the moment.