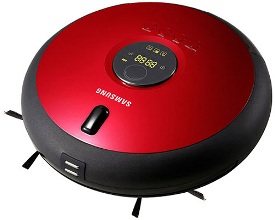 The Furot II has a built-in camera that helps it to avoid obstacles in its path. Too bad it can’t be used as a roving webcam for your floor. That might make for some boring or scientifically interesting YouTube vids.

Anyway, the camera allows the Furot to be aware of its location. That way it is not going around randomly cleaning, but never goes to the same area twice unless it is needed.

It even has a memory that works when the Furot II is off. So if you have surpassed its 90 minutes worth of cleaning time on its battery, you can recharge it and the Furot will pick up where it left off.

So, in short, the Furot II knows exactly when and where to suck. Oh man, why do I always make that “suck” joke whenever I write about a vacuum cleaner?

Seriously, now, I wish that the IFA had some sort of release date on this guy, not to mention a price.