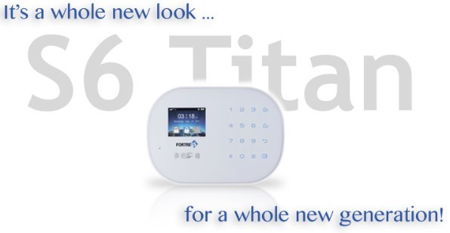 A man’s home is his castle, or so the saying goes. However, modern day homes do not have any kind of moats to form a hedge of protection against unwanted elements. Fences do help somewhat, and so do grilles, but a decent home security system would work far better in the homeowner’s favor. Why settle for less when you can have peace of mind with Fortress Security Store’s latest product line, the S6 Titan Home Security System? Specializing in highly affordable, self-monitored security systems for homes and small businesses, Fortress Security Store hopes to help keep watch over your precious home round the clock.

The S6 Titan Home Security System breaks new ground, where it has a main panel that will integrate with existing accessories of current Fortress systems. Not only that, Fortress Security Store will also be working out added incentives as well as deals in order to encourage adoption of the new system. Those who decide to jump aboard the bandwagon will enjoy the updated look and feel, while benefiting from numerous improvements in terms of performance when compared to its predecessors.

The S6 Titan boasts of an all-new “Over-The-Air (OTA) Update” feature, enabling it to resolve any kind of potential issues that are reported by customers. Not only that, there is a “Call Filtering” feature which will allow customers to limit just which particular phone number can get in touch with the system. The S6 Titan panel will also be accompanied by support for a landline phone connection or a GSM SIM card, apart from Wi-Fi connectivity. Thrown in an improved mobile app, improved accessories that can be scanned and added to the system directly from a smartphone, custom zones and names, email notifications over WiFi, and it sure looks like a winner here.

Taking close to two years to complete, the S6 Titan Security System was formed based on feedback from users, making it the ultimate user-friendly security system.