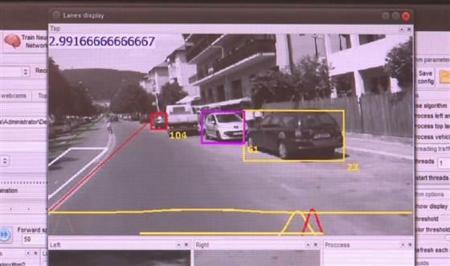 Ionut Budisteanu of Romania certainly does seem to have a pretty bright future ahead of him, especially after he picked up the top prize at the Intel International Science and Engineering Fair, which so happens to be the largest high school science research competition in the world. This would mean that Ionut Budisteanu managed to earn the Gordon E. Moore Award, in addition to a $75,000 prize that was named in honor of the Intel co-founder and fellow scientist. According to the organizers of the Intel International Science and Engineering Fair, “Their research demonstrates the value of hard work and creative thinking. All the Intel International Science and Engineering Fair finalists here this week show great promise in harnessing the power of science and innovation to solve problems and create opportunity for our global community.” Just what made Ionut’s work so valuable? Well, he manages to address a major global issue by potentially reducing the cost of a self-driving car dramatically, so much so that it could make such technology affordable to the mainstream folks.

Thanks to an array of 3-D radar and mounted cameras, Ionut has successfully created a feasible design for an autonomously controlled car which is smart enough to detect traffic lanes and curbs, in addition to keeping track of the real-time position of the car. The best part of the news is? The entire shebang would cost a mere $4,000, which is a whole lot more affordable that what Google is currently using in their self driving car project.

Ionut decided that processing webcam imagery using artificial intelligence technology to check out items like curbs, lane markers, and who knows, soccer balls which so happen to go out of the field of play and roll onto the road, would be able to eliminate the need for a high end 3D radar, resulting in the use of a low-resolution 3-D radar to get the job done when it comes to recognizing large objects such as other vehicles, houses, and obstacles like trees. Ionut ran 50 simulations with his system, where in 47 of them, no accidents were recorded. Three of the simulations that failed involved the non-recognition of people who were 65 to 100 feet (20 to 30 meters) away, and a slightly higher-resolution 3-D radar should get the job done down the road.