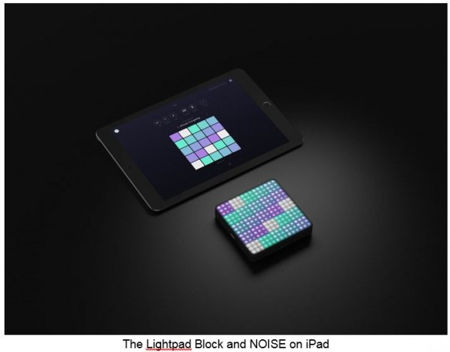 There are many different ways in which one will be able to make music, as the level of creativity shown by us humans never cease to amaze. Well, ROLI has decided that the usual bag of instruments should be shelved with the introduction of BLOCKS, which comes across as a modular music studio which will be able to open up the world of music-making to just about everyone and anyone. Every single Block will deliver special capabilities which allow folks to create music in simple but far-reaching methods.

When the Blocks are connected together, they will be able to result in customizable kits which can suit any kind of budget, skill level, as well as musical style. All that it takes is a click of magnetic connectors, where these music-makers are now able to build their very own instruments as they go.

Some of the notable names such as Grimes, Steve Aoki, and RZA are already using BLOCKS to make music, as well as churning up signature soundpacks for BLOCKS musicians. Grimes, who is a composer, producer, and global superstar and whose sound is redefining pop music, shared, “ROLI BLOCKS will democratize music production. It’s so intuitive and versatile. I’m always on the go, and BLOCKS is the most powerful mobile production tool I’ve ever used.”

A trio of Blocks are available at the moment. The Lightpad Block will boast of a tactile, glowing surface which enables folks to shape music via presses, glides, and other natural gestures. As for the Live Block and Loop Block, those will come with controls that make it even easier to perform and produce in real time. All BLOCKS will be powered by NOISE, which is a free music app that can run on the iPhone and iPad, as NOISE plays the role to hook up to BLOCKS sans wires over Bluetooth.