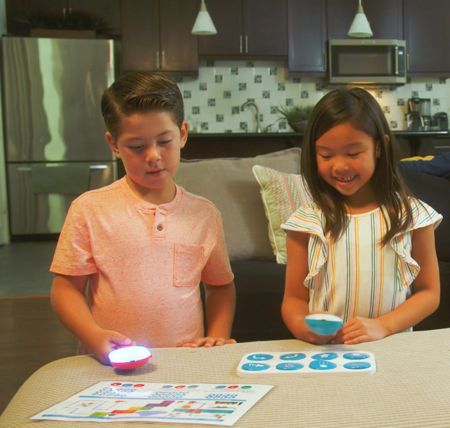 For many children, one of the most effective methods where they learn would be through play. After all, that is how it had been for generations, and it will continue to be in the years to come. The only thing that has changed would be the medium of play: technology has advanced by leaps and bounds, making it far easier for children to play in an interactive manner than ever before. Robotix has recently revealed the Taco Playbits tech toy, where it is touted to be the first of its kind in the world to lack a screen. Going screen-free does seem to be intellectual suicide in this day and age, so what makes the Taco Playbits special?

For starters, Taco Playbits has been described to be a tangible coding, screen-free and self-learning STEM (Science, Technology, Engineering and Math) toy for those who are aged from 3 to 8. This smart connected toy has one aim: to help our young ones build critical 21st century skills that range from numeracy to literacy, collaborative learning, and coding, among others, via a hands-on and magical learning process. This is achieved through a screen-free ‘Wand’ and ‘tags’ that make use of patented technology in order to inspire kids to have fun through imaginative play.

All that the child needs to do is to touch the tags using the Wand to play music, or perhaps to solve number games, pick up English, and much more. The Taco Playbits will not only target children, but designed with parents and educators in mind as well. Adults can opt to record their own questions in their language of choice in order to provide additional unique challenges. Since it is multi-lingual in nature, children can also play and learn in any language or accent. To cap it all off, the Taco Playbits is also Braille compatible, enabling self-learning for children who are blind and visually impaired.