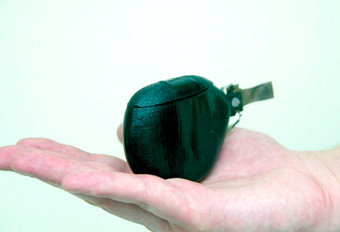 The other day, I was watching the news about the oil spill in the Gulf, and I had heard that a pelican had been saved. Apparently, the Pelican went in the spill to catch a fish, but a team managed to clean him off.

My first reaction was: “Man, why did that pelican go into the oil-infested waters for that fish?” Yes, there are more fish in the sea, but then again, it isn’t the pelican’s fault that we polluted his normal fishing waters.

Hopefully, we will make certain that there will be less polluted waters, but right now, research is underway to steer fish away from those infected areas. Professor Maurizio Porfiri of the Polytechnic Institute of New York University is working on that robotic fish that could be able to lead a whole school of fish away from polluted, infected, or otherwise dangerous waters.

Right now, this fish can only do a straight line, but if it is eventually capable of leading a bunch of fish, then it could be applied to a robotic bird. Then we can lead birds away from polluted areas.

Perhaps this professor should check out the Mecha Fish that we reported on about a week ago. It almost looks like the robo-fish is a complete success!