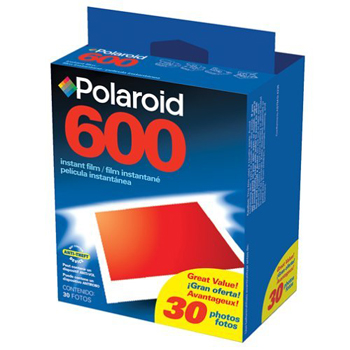 When I was a kid, there was this magic camera that took pictures that you could see and hold instantly. Well, you got to see and hold something, which was usually a big blob until you shook it for a minute, then you’d see the picture that was taken. You’re probably familiar with Polaroid film, as it has been sold and used since the beginning of time (or the last 60 years). Unfortunately your children may not have such fond memories, as the film giant has ceased production on their popular instant film.

This is one of those announcements that comes to a shock, not because I can’t believe that they’re discontinuing it, but because I didn’t know that it was still being sold. It’s really quite understandable that Polaroid would cut their losses and say goodbye to their best-selling product. Digital cameras have been growing in popularity over the last decade, and prices have fallen enough over the last 5 years or so that almost every household owns a digital camera in some form or another.

For those of you that haven’t bought Polaroid film in a while (if ever), here’s an idea of just how much some film would set you back. On Amazon you can find a 3 pack of Polaroid 600 film for $42.25. Bear in mind that each pack only contained 10 pictures, which works out to around $1.40 per photo. Sure, there are some businesses that no doubt make use of the fact that they can have their pictures instantly, but they’ll save more money in the long run by getting a portable printer/dock that can spit out a much higher quality picture that will only cost a few cents.