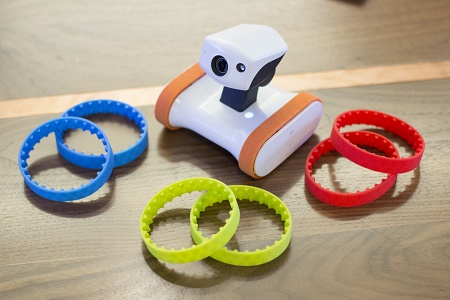 When you’re barely home long enough to sleep, you might begin worrying if you locked up after you left, or took care of everything that needed to get done at home. While you can’t exactly trust a dog or cat to look after things, it’s at least one layer of protection for your home. Getting a camera to help with home security would certainly ease your mind, but those are usually anchored to one spot.

If you want to be able to roam the halls of your home while you’re away, then why not invest in a robot that will let you do just that? Riley is a robot whose “face” is a camera, and its body is built like a little tank. Most crowdfunding projects are a bit iffy since you never quite know what the finished product is going to be. Thankfully, I attended a demo day and got to play with Riley! This little robot is cute and unassuming, which is what makes it the perfect guard dog. 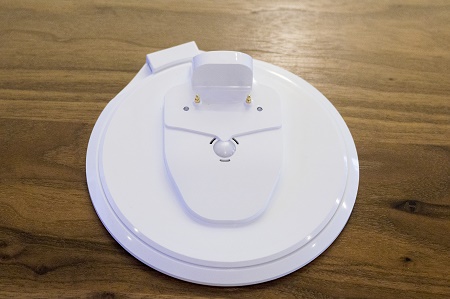 Not only can you tilt Riley’s head up to 120 degrees, but its 5HD megapixel camera is going to capture anything it sees during the day or night with its night vision. There’s also a mic and speaker so you can talk to your pets or family if you’re away on a trip. It could also be fun to spook baddies who think breaking into your home is a good idea, but hopefully that never happens. If you know you forgot to lock the back door, you can also hide Riley nearby and set it up to alert you if its motion sensor is activated. 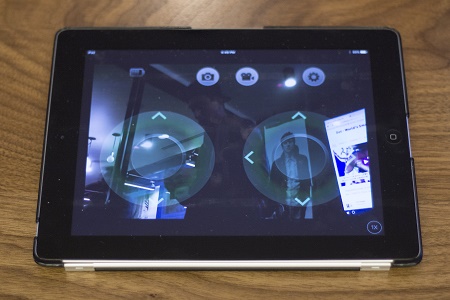 The grippy treads that will get Riley from place to place can handle going up steep inclines and over objects that are in the way without much trouble. The treads also come in a variety of different colors if you have a preference for that sort of thing. If it falls forward, it can pick itself up so one bad fall won’t end its journey for the day. You can control Riley from anywhere in the world by using the app on your iOS or Android device so long as it’s connected to WiFi. When Riley is starting to lose power, you only need to get it about a meter away from the docking station and it will automatically dock itself to juice up its 2600mAh battery. This is going to retail for $229, but is presently available for $159.