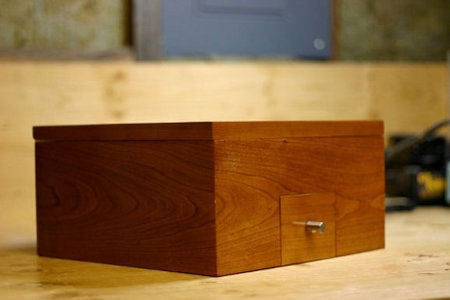 Most of us would have heard of geo-tagging, where it is a way to add map coordinates to photographs and gadgets in order to employ positional markers, helping you remember where you went for the summer holidays in 2010 half a century from now. Well, there is nothing quite like seeing a reverse position – hence the reverse geo-caching gift box which relies on a similar technology which can only be opened once it is placed within the set coordinates – which would mean getting both the longitude and latitude perfectly matched. Sounds like some sort of James Bond spy-thriller quest – imagine driving your lady nuts with a proposal ring inside, causing her to drive all over town until the box magically pops open at the restaurant the both of you first met.