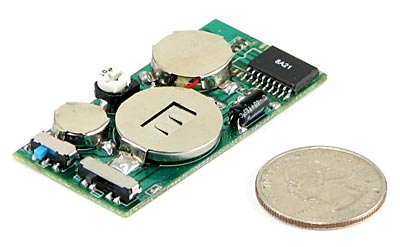 Some people are just annoying and deserve to be messed with for whatever reason. Seriously, you just need to show them what being annoying really means. Well, thank God for Think Geek, because they’re here for you with the Annoy-a-tron. And although it looks like it goes in a computer, rest assured, it doesn’t. That would be too nerdy.

The Annoy-a-tron serves a simple purpose: to annoy someone or even a whole group of people. It’s extremely small, just look at the picture, and even has a built in magnet to help you hide it. Once in place, you can set your Annoy-a-tron to emit a 2 kHz, 12 kHz (this is the more cruel setting), or an alternating sound every few minutes. This sound isn’t just a pleasant ring, it’s a loud, piercing little beep. It’s not constant, that would ruin it, instead it goes off every few minutes. Intervals range from 2 to 8 minutes; your target will never know when the next beep will come! Slowly but surely, you’ll defeat your enemy, or maybe the battery will just run out, but that’ll be a good 3-4 weeks. Chances are, you’ll become victorious before the battery dies. And if it does die and you still haven’t won, you can just sneak in at night and replace it (it’s a CR2032). 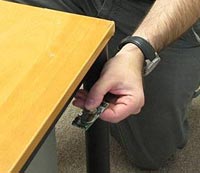 Anyone who has unfortunately knows a person who annoys the hell out of them should know that revenge comes in the form of the Annoy-a-tron. And little did you know that revenge is affordable, at only $10! Just pick up a dozen in case you’ll ever need to use one again.