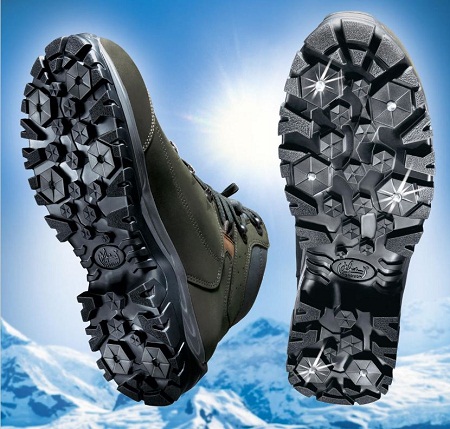 Freshly fallen snow is picturesque and beautiful. However, it never stays that way, because we have to trek out into it to carry on with our daily lives. As the days go by, we’ll occasionally have higher temperatures which melt the snow, which later refreezes into ice. You can put out sidewalk salt all you’d like, but after a certain temperature, it doesn’t really matter anymore.

Even with a nice pair of boots that have a lot of traction, the ice will still catch you off guard now and again. If you want to take on the winter with renewed confidence, then the Retractable Spike Snow Boots will very likely be of use. These are a warm and soft pair of winter boots that have six 3-spike crowns of tungsten carbide hiding in the sole of the shoe. This material is harder than steel, yet slightly softer than a diamond.

By turning a dial in the heel 360 degrees, the spikes will discharge, giving you a way to tread over the ice without acting like you’re walking on eggshells. The interior consists of a lambskin inner sole, and a leather upper. It is both breathable, and will make sure your toes stay toasty. This will cost you around $380, but will help you to keep from planting your rump meat in the snow on a daily occasion in the winter months.