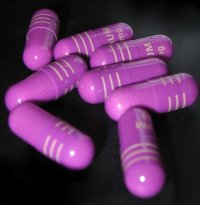 Pharmacists are currently doing their level best to control the release of drugs from a pill by using different release mechanisms – even entertaining the idea of using a pill that may come with a coating that is designed to be dissolved in a particular part of the digestive tract or after a certain amount of time. Unfortunately, this method isn’t really all that effective considering how the rate of passage through the body varies, with different individuals having varying levels of digestive enzymes compared to others. Philips has decided that the best way to circumvent this problem would be using a remote-controlled pill, boasting a cavity for carrying a drug that can be opened by a remote signal.

One will be able to track the passage of the pill using ultrasound or MRI, having the drug dispensed at the right moment thanks to an electronic trigger. Unfortunately, I don’t think this idea would work out well for homebound folks since how many laypersons will be able to afford an ultrasound or MRI machine for use at home? In addition, the drug can also be programmed to be released based on different external factors – such as the patient’s blood pressure level or whenever atmospheric pollen reaches a certain level.

Philips is currently working on making these pills affordable enough to be disposable, saving the hassle of collecting and recycling these pills after use. I certainly would loathe the idea of sifting through my own waste to find one tiny pill – don’t forget the cost of purchasing disposable gloves while going through such an unpleasant experience? I suppose folks won’t mind forking out a little bit extra for hygiene and convenience. One thing though – what happens when the transmitter in the pill is faulty, or if it runs out of power to be able to receive signals from the remote control?