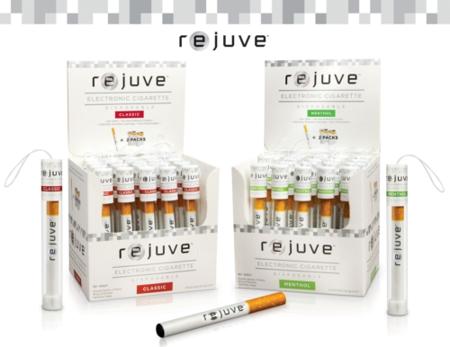 Has your other half been pestering you to quit the smoking habit all this while? Perhaps, and you might have tried a myriad of methods such as nicotine patches to doing so cold turkey, without much success, only to find yourself reaching for a pack of smokes whenever the stress levels start to increase at the office (and subsequently, at home). Well, do not wait until 2013 bids adieu, and 2014 rolls right around in order to make yet another resolution. You might as well get a head start on next year’s resolution to quit smoking and pick up the Rejuve Electronic Cigarette instead.

The Rejuve Electronic Cigarettes is said to be a healthier and more affordable alternative when it comes to quitting the smoking habit. Not only that, I guess in its strange way, you can say that this is one environmentally friendly cigarette since you can leave your lighter or pack of matches back home to light other stuff such as candles instead of cigarettes. The reason behind this? The Rejuve Electronic Cigarettes happen to be battery powered, where it can deliver all the flavor and feel of the real thing at a cost of between $5 to $7 per cigarette. This makes it up to 50% more affordable compared to other electronic cigarette brands in the market. Each Rejuve Electronic Cigarette will feature18 milligrams of nicotine, where it equals several traditional cigarettes, which would deliver what Rejuve claims is the “ultimate vaping experience”.

Just how do the Rejuve Electronic Cigarettes work? Well, they happen to be a clean, healthy and low nicotine choice, relying on water vapor technology to work alongside glycerin, producing a smoke-like effect that has none of the actual smoke, tar, carcinogens or other toxins which are the main culprits in harming smokers and those around them. This makes it easier to enjoy them just about anywhere, be you at home or out of town, sans the nasty lingering odors or messy ashes.