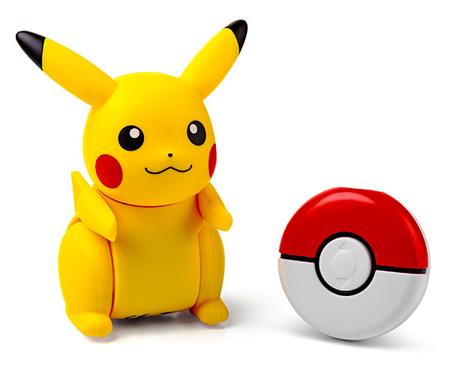 I cannot believe it that it has been more than a decade already that the Pokemon game series has been released, and it does seem to be going strong even until this day. Having said that, there has been plenty of Pokemons that have endeared themselves to to different folks, but Pikachu has garnered quite a fair number of followers to date. Should you love this little yellow electric type Pokemon, you can get hold of this $34.99 R/C Pokemon Pikachu, which is capable of bending at its waist, racing around as long as its quartet of AA batteries still have juice in them.

With the R/C Pokemon Pikachu, you will be able to do your bit to become the World’s Greatest R/C Pokemon Master, although there is not much “glory” attached to such a title. This is another marketing ploy to have you collect ‘em all, all over again. Too bad the batteries cannot be used to electrocute someone whom you do not like in the room, though. Not only that, there are no candies that you can feed your Pikachu with in order to have it gain a special ability, other than to keel over and die when the batteries run out.