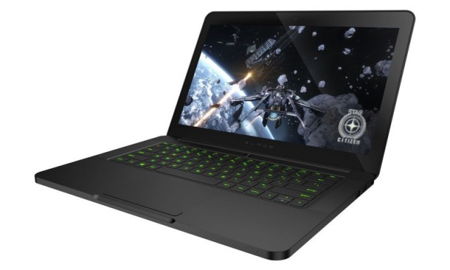 Razer, a name that all are familiar with when it comes to rolling out gaming peripherals and devices, have also stepped into a new market (for them, at least) not too long ago with gaming rigs that bear the Razer name. I am referring to the Razer Blade gaming laptop, which certainly caused more than just a few heads to turn when it was released in March last year. Now that the gaming laptop is close to a year old, the technology within might start to show its age – although make no mistake about it, it would still be more than welcome by most folks who do not mind having a gaming laptop to carry around. Still, Razer prides on excellence in performance, which is why they have decided to introduce a hardware refresh for the Razer Blade gaming laptop.

What are some of the modifications and improvements that Razer has incorporated into the new Razer Blade? Well, we are looking at an updated GPU, CPU, and doubling of the system memory, in order to ensure that you will continue to be able to enjoy the leading edge in portable gaming regardless of where you are.

Still known as the world’s thinnest and lightest 14-inch gaming notebook, the refreshed Razer Blade now arrived with the latest processors from Intel and NVIDIA – we are talking about the NVIDIA GeForce GTX 970M (with 3GB GDDR5 VRAM) and state-of-the-art IGZO (Indium Gallium Zinc Oxide) display panel technology to deliver unmatched color and image quality, 16GB of speedy 1600MHz DDR3L memory, SSD options of up to 512GB in capacity, and speeds of up to four times faster than traditional notebook hard drives. Certainly, it would not be too much trouble to crank up smooth and high frame rates from this bad boy at high resolutions, correct? Couple it with other Razer peripherals like a Razer gaming mouse, and you’ve got quite the lean, mean, gaming machine.