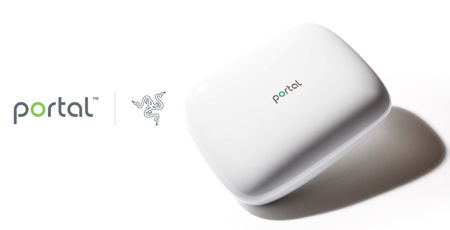 When it comes to gaming performance, one particular name tends to stand out from the rest of the crowd: Razer. Razer has always sought to deliver nothing but the very best when it comes to products for gamers, knowing that this can be a very, very fussy and particular group of people who tend to blame their tools whenever a loss is on the cards. Why not minimize the possibilities of such excuses by obtaining the latest gaming grade router? Razer has worked with networking partner Ignition Design Labs, where the latter are the ones behind the award-winning Portal Wi-Fi router, to roll out a new Portal router that has been specially created just for gaming purposes. In other words, the two companies have collaborated in order to bring about an optimization of features as well as performances rolled into a single device.

Razer figured out that device connectivity is a major area that requires improvement for gamers, where a sub-par router is often the culprit when it comes to lag, screen tearing and buffering whenever one would like to enjoy live-streamed content. The mesh-capable Portal Wi-Fi routers will do its bit to prevent such setbacks from happening through the implementation of key technologies. Both high bandwidth gaming and streaming applications would not be too much of a trouble for the Portal router.

The Portal router will be available worldwide from the first quarter of 2018 onward, with an asking price of $149.99 apiece. It boasts of patented congestion-busting technologies which will always enable the fastest speeds and lowest latency in order to deliver the best gaming experiences. With FastLanes Simultaneous Multi-Channel DFS technology, your devices will be able to operate in exclusive radar-protected channels by avoiding unreliable and slow Wi-Fi during peak hours. Anyone who would like to make sure their game is right at the top would do well to check out the Portal router from Razer.