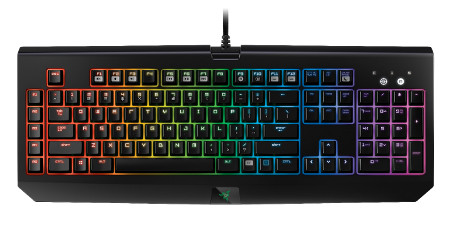 When it comes to gaming peripherals, there is one particular name that has consistently rolled out quality devices – and that would be none other than Razer, where we have seen keyboards and mice alongside fighting sticks being announced, not to mention wearable technology like the Razer Nabu SmartBand. Still, there is always room for more improvement and additional releases, which is why this time around Razer decided to go full spectrum color with the brand new Chroma feature.

In a nutshell, the all-new Chroma feature would pave the way for full-spectrum, color-customizable lighting to make an appearance on enabled and compatible Razer devices. With the open SDK, developers can integrate advanced lighting effects that are customizable on a game-by-game basis.

As mentioned earlier, Razer will be performing an update to its 2015 and 2016 range of peripherals, and to kick start things, the BlackWidow Ultimate keyboard, the DeathAdder gaming mouse, and the Kraken 7.1 headset will all feature the all-new Chroma feature.

All Chroma enabled devices will boast of distinct lighting effects which have been specially designed to synchronize perfectly with one another, all the while featuring the following lighting patterns that are available for selected enabled products; Spectrum cycling that will slowly cycle through the entire spectrum of colors for a subtle yet visually stunning look, Breathing that gently pulses in a color of choice every 7 seconds as part of replicating the steady breathing pattern, Static which will choose a random color from 16.8 million options to light up the ear cups on your Kraken 7.1, the scroll wheel and Razer logo on your DeathAdder or each individual key on your BlackWidow Ultimate Chroma, as well as a Custom option.

Life’s so much better in color, right?