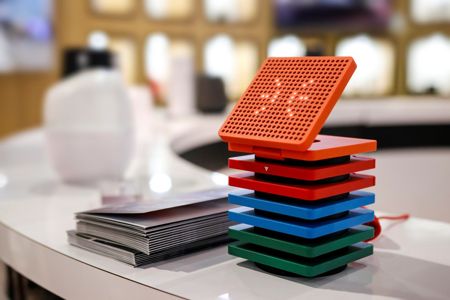 China used to be derided for churning out cheap, low quality products that tend to be unreliable. However, over the past two decades, things have changed dramatically in that part of the world. High quality and yet still extremely affordable pricing are hallmarks of Chinese-made goods. In fact, Apple’s move to have their iPhones manufactured in China have certainly paid off handsome dividends, allowing them to rake in billions of dollars in profit along the way. Enter the Raven H and Raven R, extremely small devices which are pretty difficult to describe, being pieces of portable computing marvel that is curious to look at.

The Raven H will be powered by Baidu’s DuerOS 2.0, and along with it comes more than 50 native and over 150 third-party features. Raven custom-developed solutions will include those for music and video playback, general knowledge Q&A as well as smart home device control, where all of those will be based on the DuerOS 2.0 platform. The Raven R will not only be able to do all that the Raven H is capable of, it will also be further empowered by the all-new Kansei Engineering, allowing it to imitate natural movement and actions in addition to expressing emotion in response to users.

The Raven H will also boast of Touch, which arrives in the form of a detachable device that will merge the latest voice and gesture-based touch control technology. Best described as the “brain” of the product, Touch will be able to create a “mobile touch panel” which will provide users with additional freedom and mobility while one go about their business in the comfort of their own home. There is a corresponding Dock interface that will hook up Touch to the base speaker, opening the door to limitless possibilities for non-stop future expansion.

It sure looks like smart homes are getting smarter than ever before with such cool looking products.