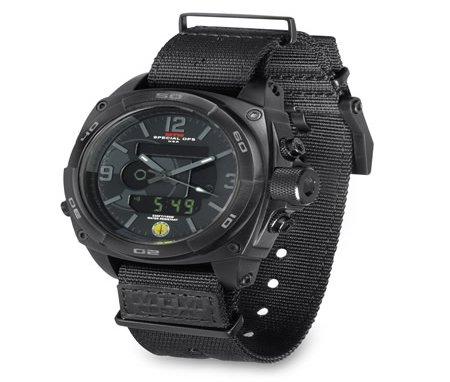 You might be living in a peaceful country, but bear in mind that there is always the threat of nuclear warfare breaking out at any time no thanks to some renegade failed states, insane regimes as well as established nuclear powers who are too jittery. For those who are paranoid androids, being totally afraid of a radiation fallout wherever you go, then the $1,500 Radiation Detecting Watch does sound like the perfect timekeeping device to own in these troubled times.
I suppose it would have sold particularly well for folks who wanted to visit Japan after the tsunami hit the Land of the Rising Sun in the first quarter of 2011, crippling a nuclear power plant in the process. Although the Japanese government did deem their country to be safe to visit, there were instances of sushi bars making available a geiger meter for customers to give them peace of mind, that they are not eating irradiated seafood. Well, 2011 might be a distant memory for you now, but at least you can use the Radiation Detecting Watch to pick up residues of unusually high radiation wherever you go – and perhaps detect some mutants along the way. The watch itself boasts of a durable ultra-lightweight Titanium case, an anti-reflective sapphire crystal, and is water resistant to 330′.