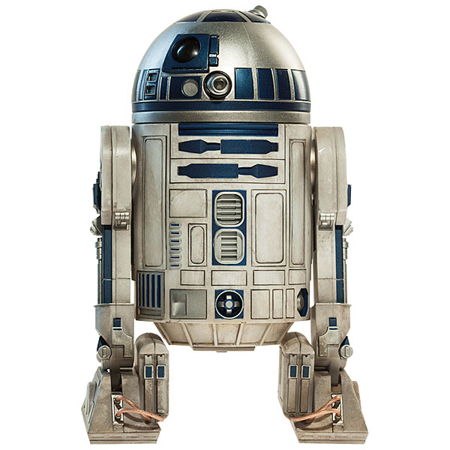 Over the years, we have seen the most lovable astromech droid of all, R2-D2, appear in a variety of form factors that range from the simple to the complicated, where among them include the cute-as-a-button R2-D2 Soy Sauce Dispenser. Well, this time around, it is serious stuff – there is no horsing around, which is why the $149.99 R2-D2 Deluxe Sixth Scale Figure holds a whole lot of our attention, as it so happens to be one of the most realistic droids revealed to date where R2-D2 is concerned.

The amount of detail involved in this particular action figure is tremendous, where this R2-D2 will arrive complete with a set of tools, not to mention arms and heck – it might not be Force-sensitive, but it still carries a lightsaber! You know, just in case there is a Jedi Master somewhere who was not too careful with their lightsaber and happen to need a spare. The sequencing lights never get tired, and so does its swiveling dome which will boast of a slew of moveable ports and hinged panels. Rolling treads and a retractable third leg would also pave the way for tripedal travel. Special bonus accessories include Ben Kenobi’s round table, Leia’s secret holographic transmission, and a multi-tiered beverage tray. This is an officially-licensed Star Wars action figure, and thankfully, it comes with batteries to help you get started right out of the box.