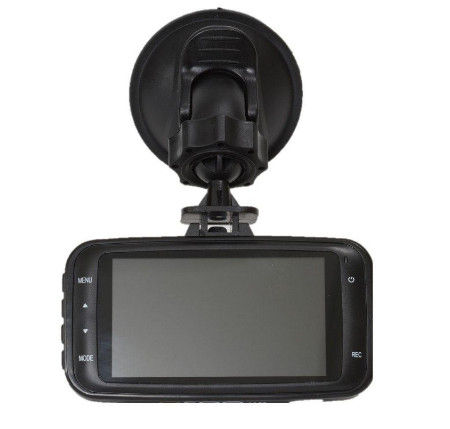 Dashboard cameras have become so commonplace these days, it is not surprising at all. After all, we live in a very connected and visual generation, where just about everything and anything that can be recorded, will be recorded. I am quite sure that you would have seen your fair share of recorded videos of road rage being shown on social media by now, thanks to the mushrooming of dashboard cameras everywhere. Well, if you have not quite jumped aboard the bandwagon just yet, then you might be interested in picking up the Q-See QGo Dashcam.

The QGo Dashcam is a totally new model from the folks over at Q-See, who are knee deep into the world of home surveillance and security cameras for some time now. Hence, it makes perfect sense to expand their market to include the Q-Go Dashcam, where it is being touted as a digital driving companion. I think that would be taking it a bit too far, as it does nothing more than record down what’s going on in front (or perhaps at the back, depending on how you would like it), whereas a companion would be able to offer so much more than just one way traffic in terms of gathering information.

This next generation of vehicle video surveillance will be able to help protect you against false insurance claims just in case an accident happens. You as well as the court of law would have no doubt whatsoever as to what happened right in front — or behind your vehicle, as the evidence literally speaks for itself. There would be the Auto Recording and Loop Recording features, enabling the QGo to provide constant coverage whenever you hit the road. All recorded video will be saved onto the internal microSD memory card slot, where it can hold up to a 32GB microSD memory card. Thankfully, it comes with an 8GB microSD memory card right out of the box to help you get started.

Wait times for data transfer is also minimized thanks to the included) in size. Avoid data transfer wait times thanks to the QGo’s integrated HDMI port, which also lets you play recordings directly on your HDTV or monitor as opposed to a computer instead. This bad boy comes with an asking price of $99 a pop.