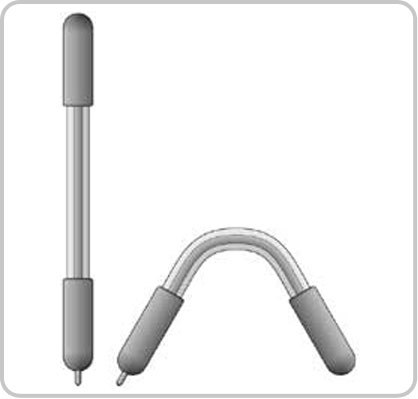 After watching too many Hollywood productions, I am convinced that prison inmates would do anything and use everything in their power to plan an escape, and even the humble pen is not spared as it can be improvised into a life threatening weapon. This is one of the reasons why inmates are checked thoroughly before entering a prison in order to prevent a riot. The Prison Pen brings a new twist to the humble writing instrument that everybody knows and loves – it is not only capable of helping you in putting down your John Hancock, it also doubles up as a useless weapon in the event some pea-brained inmate tries to plot a hostage situation.

The Prison Pen does not come with a plastic or metal enclosure that you normally find in normal pens, as it is encased in a soft, rubbery material instead. You won’t be able to stab anyone with the Prison Pen since it will bend even under the slightest pressure. The manufacturers managed to achieve the perfect balance between a workable writing instrument and a non-lethal weapon, making this the perfect writing instrument to be used in interview rooms, holding cells, as well as any other prison environments.

The Prison Pen is currently available from SpyCatcher for approximately $10 each. They’re pretty pricey for the average wage earner, but I suppose the layman isn’t the target market in the first place. It is said that the Prison Pen is now in use across most U.S. Federal Prisons. Even though the Prison Pen contains a pretty small ink tank, it is still capable of writing over 1000 metres before a refill is needed.