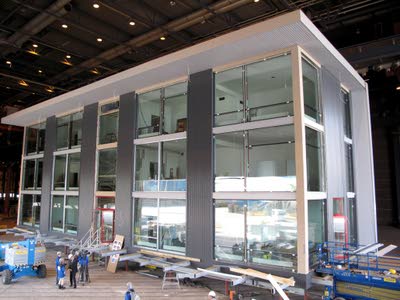 Some of us live or have lived in mobile homes, but what if an entire apartment building could be moved?
This three story apartment building is the first of its type to be moved, anywhere. It was first installed in Turku on the southeast coast of Finland, but it can be moved with a crane. In fact, the owners plan on moving it to a new location somewhere else on the coast.
In fact, you can watch a video here of it being moved on a large raft. The building can actually be transported on the road as well, and, as much as I would like to see that, I don’t have any footage of it.
You’re probably wondering how this building could be moved so easily. Well, it isn’t easy, but it is all about its construction. It has patented steel panels that give the structure the same robustness at a fraction of its weight. This type of construction makes it earthquake-proof.
I wonder if this is some new fad of construction for buildings. Personally, I think we need to make it so our buildings can be moved around. Just think of all the cities that could be made less crowded by opening up some space. Moving buildings could make that happen!
Source