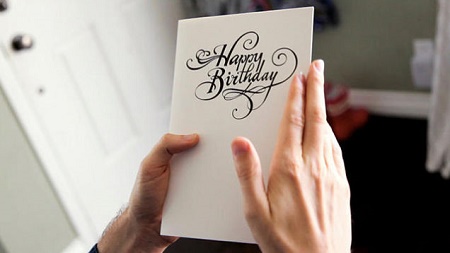 There is a pretty noticeable difference between a good prank and a mean prank. Seeing that April 1st isn’t too far in distant memory at this point, you’ve all likely heard or seen stories of people being ridiculed or injured as a result of a seemingly harmless prank that ended poorly. The general rule of thumb is if you’re the only person laughing after the prank has played out, it’s not really a prank, and you’re a jerk.

However, there are some creative ways to poke fun at your friends, family, and coworkers without possibly landing one of them in the hospital, or making them hate you forever. The Best Prank Birthday Card is so unassuming that you would never know it could lead you to insanity. The idea is that you open the card to sign it, pull out the perforated activation tab, and put it in the envelope. Once your target opens the letter and presses play, the song it plays will keep playing on loop until the battery dies, or the card is destroyed.

You might be thinking this would be cute for about 2 minutes, but the idea is to make it unbearable. This is why the battery can last for up to three hours. They can try their hardest to get rid of it, but even submerging it in water won’t drown out the joyous birthday song the card wants to play for you. One of these cards is going to cost you $15, but the memories will certainly be priceless. The lack of trust your friends will have for you giving them a card will also last a lifetime.