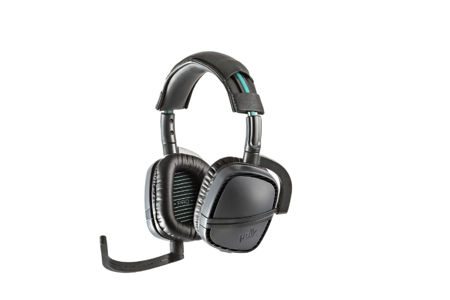 Gamers are a particularly demanding lot, since they would want to do their level best to be able to own the fastest and best hardware in the market, basically anything at all that might just give them a competitive advantage when it comes to the next online match. Well, Polk Audio knows this, and they have come up with their Striker Pro premium gaming headset that is ready to rock and roll if you pony up the cash for it, of course.

The Striker Pro happens to be Polk’s redesigned, third generation stereo gaming headset that will be able to deliver its fair share of updates and improvements to features and sound performance. The headset itself will come with 40mm drivers with a Dynamic Balance Driver design and Polk Optimized Electronic-Acoustic Tuning (POET), ensuring that the gamer enjoys a high-quality listening experience – which also extends to music and movies, apart from just playing games.

Crystal clear chat is also not an issue at all, thanks to the newly designed, flexible and removable omni-directional microphone that has a push button mute for both console and PC gaming, not to mention a small and discreet in-line microphone for mobile use. Either way, they will arrive with Polk’s very own 3-meter (9.8 ft.) long Pro PC connect cable that helps to lower the noise floor to eliminate crosstalk and boost microphone clarity for exceptional audio performance. Expect the Striker Pro Zx and Striker Pro P1 to retail for $149.95 and $129.95, respectively.