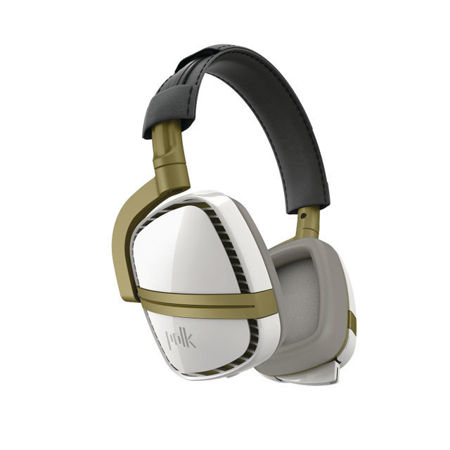 When it comes to gaming, here are two groups of people – the first would be the casual gamer who does not mind not going without his or her daily fix of Flappy Bird or Candy Crush, while the hardcore gamer would be one who ensures that every single secret is uncovered across all levels, and in record time, too. Well, audio in games have played a very huge role over the years to complement the improved visuals, so much so it is now an indispensable part of the game. Polk knows this, and with four decades of sound, engineering and design expertise, the company has announced its latest 4 Shot Headset for Xbox One. The 4 Shot Headset is set to hit the market to accompany the latest generation Xbox One console this coming March 6th.

It will also hold the title of being the first Xbox One compatible headset which will arrive in stores, where the 4 Shot Headset was specially developed in collaboration with Microsoft Studios at 343 Industries and Turn 10 Studios, who happen to be the creators of the “Halo” and “Forza Motorsport” franchises. With such strong backing from various industry leaders, the 4 Shot Headset will bring listeners to the next level with real, balanced audio representative of the virtual world. It will boast of proprietary Polk Optimized Electro-acoustic Tuning (POET), so that users will be enveloped in immersive and realistic sound for a truly game-changing experience.

Apart from that, the 4 Shot will also be able to hook up to gamers’ wireless Xbox One controllers, offering them the additional freedom of moving around. It boasts of dynamic, loss-less wireless technology that translates to a lower incidence of latency issues, ensuring that you will be able to make those crucial split-second gaming decisions that could mean either victory or defeat. Not only that, there is a retractable near-field microphone so that you can carry out conversations or take calls at any point in time. Prepare $159.95 this coming March 6 and you can pick up the 4 Shot Headset at select GameStop locations and polkaudio.com.