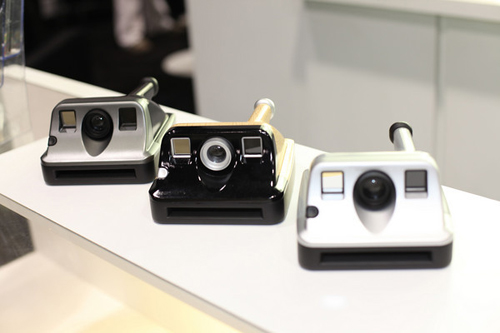 Polaroid is one of those household names that will likely be remembered for a long time.  Their instant pictures brought joy to a great deal of people who were used to having to wait at least a week to see their handy work.  After digital cameras became popular Polaroid was never the same again.  They made attempts to keep up with the times by creating digital cameras that also printed pictures.  However, they didn’t exactly catch on.  Well now Polaroid is going for a different angle, they’re bringing back their original models.

Yes, that’s right Polaroid is going to create brand new cameras that take pictures just like they did in the good old days.  Truthfully I was recently considering trying to find a working Polaroid camera, purely because I enjoy older cameras.  However, I think I’ll wait until these shiny new versions come out to give them a whirl.  The new camera, PIC 1000, will offer instant color photos.  Each one requires Polaroid Color 600 Instant Film, they come with 10 pictures on each pack.  You can expect these to start being released sometime this year and sometime closer to time they’ll probably release the pricing information.