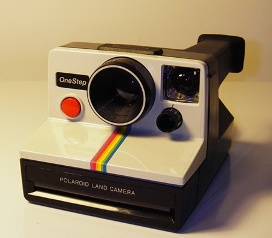 Good news, Memento Guy! Even though Polaroid announced that they were discontinuing instant film cameras last February, they are bringing it back, and making it even better!

That’s right, the big P announced that they intend to add instant printing to digital cameras. All I can say is: it is about time! I can’t stand going to my printer every time I want to print out a picture, and if I could do it from my camera, it would be excellent.

Of course, if I wanted to get a print out of a picture, I could just go to Kinkos or Wal-Mart, and probably get my prints from there. If Polaroid can offer this service with some convenient smaller gadget that is cheaper, then I believe they might be on the verge of some kind of photographic success.

Now all of those old nostalgic people who mourned the death of instant film at the beginning of this year will be appeased! I suppose this is what the marketing people at Polaroid would call a “target audience” for their new product.

These pictures have a size of 4×3, just like the old school photos. I don’t have the information on when this new instant film process will be available to the general public, but they had better keep the price low.