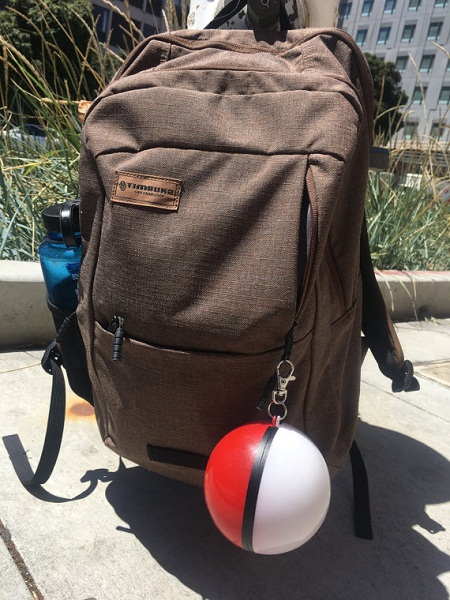 If you have had your eyes shut for the past several weeks, because Pokemon GO players will look under rocks and in remote locations, Nintendo has changed how society functions. Nerds who grew up loving Pokemon and video games are getting the best of both worlds as the game app has not only given them something to play, but encourages getting out and meeting other Pokemon trainers.

The only downside to exploring the world in the interest of catching them all is that the game drains your phone battery at a rate of a percent a minute. For those who just can’t stop playing and raiding gyms, a normal backup battery that charges your phone once over isn’t going to be enough. This Handmade Pokeball Power Bank is sure to keep you in the game as the battery pack is 5300mAh and 2.1 amps, which means your phone will be charged 2-3 times over.

They conveniently put a clasp on this so you can hang it from your bag for easy access. This will also make it easy for other trainers to suss out that you’re a friendly. It has built-in LED indicators, blue for charging, and red for battery charging which will change to blue when it’s juiced up. It has a USB port and microUSB port for charging. This $40 powerbank is hand-painted, carved with a dremmel, but due to being a power bank and not an actual Pokeball, you shouldn’t throw or toss these around as they can break.

Available for purchase on Etsy