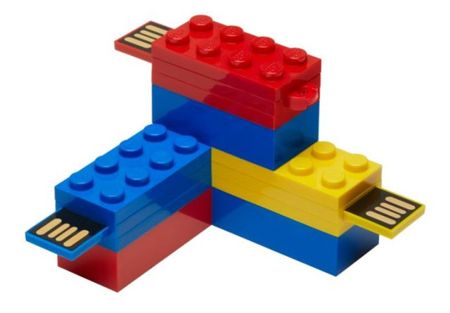 When it comes to the LEGO franchise, you know for sure that there are way too many different kinds of products to choose from (like a USB hub), although their bread and butter continue to be focused on the little plastic bricks themselves that have this uncanny precision of actually merging and affixing themselves to one another without a problem after all these years. The tech world, too, has seen its fair share of LEGO products, and here we are with yet another one that might just make you look at LEGO in a different light. PNY has worked alongside the LEGO Group to deliver the PNY LEGO USB flash drives.

Specially designed in order to appeal to LEGO toy enthusiasts regardless of their age, they come in the shape of a traditional LEGO brick, and with up to 16GB of internal memory, one is able to easily store, share, and transport media and files. Those who are interested in it will be able to choose from red, blue, and yellow colors. Fret not about losing the protective cap for the USB flash drive, since this particular model comes in a capless, sliding design and there is an included key fob that paves the way for easy attachment to just about any key chain.

All of the PNY LEGO USB flash drives will feature an additional LEGO brick in either blue or red to help you get started in your building fun right out of the box. They are definitely compatible with all LEGO brick elements/pieces, letting users combine and make their own creation. Unfortunately, the USB flash drive itself remains stuck in the previous generation of connectivity standards, that is, USB 2.0, which is a pity.