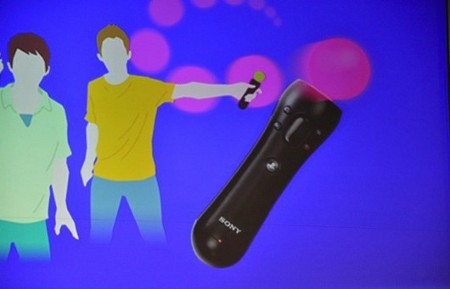 E3 is the mecca for video game news, and it is a no brainer for companies to roll out their latest and greatest efforts in glitzy press conferences to keep hardcore gamers happy. Well, Sony has upped the ante with their latest announcement of the PlayStation Move motion controller at E3 this year, bringing motion control capability to their PS3 console. It is rather ironic that they have jumped aboard the motion control bandwagon after pooh poohing Nintendo’s efforts last time when the Wii was launched, dubbing those “waggle controls”. Guess they have seen the light and realized that gaming has certainly gotten a whole lot more immersive these days with a little help from motion controls, so why not pair that feature up with stunning visuals that are only available on the Sony PS3?

Those living in Europe as well as other PAL territories, alongside Asian countries will be able to pick up the PlayStation Move controller for 39.99 Euros. As for most of the folks reading this who are living in North America, it will hit the market this coming September 19th for $49.99, while our friends living in the Land of the Rising Sun will have to wait until October 21 to get their hands on it for 3,980 yen inclusive of tax. The PlayStation Move navigation controller is a one-handed controller which can be used alongside the motion controller for intuitive navigation of in-game characters and objects, will also hit the market on the same day in each region for 29.99 Euros, $29.99 and 2,980 yen, respectively. That should leave you ample time to save up for these accessories, don’t you think so?