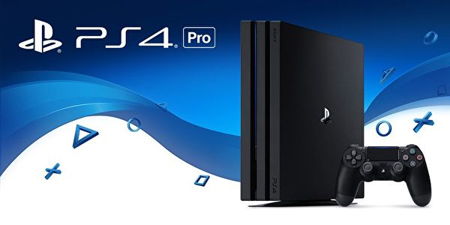 The world of video game consoles is an interesting one — it is never static, and the life cycle of close to a decade will certainly be worth investigating, as there would have been numerous titles released for that particular platform or generation across time. Well, there will always be changes made from time to time in terms of revamping the existing generation console so that it looks fresh and relevant to the current moment, although such refreshes tend to come with perhaps a slight improvement on the innards without compromising on backwards compatibility. Sony’s latest hardware refresh comes in the form of the PlayStation 4 Pro, having been launched across the US and Canada, which will be a worthy refresh of the existing PS4.

The PS4 Pro, as it is also known, will be able to deliver a heightened gaming experience with better quality graphics as well as smoother images. This high-end system will make sure that your current library of games will look way more sexy — we are talking about support for dynamic 4K gaming and digital 4K entertainment, and the asking price of US$399 and CAD $499 certainly befit its status as a pimped out PS4.

Firm fan favorites such as Call of Duty: Infinite Warfare (Activision), Ratchet & Clank, The Last of Us Remastered, and UNCHARTED 4: A Thief’s End (SIE Worldwide Studios), will ensure that the additional raw processing power that the PS4 Pro has underneath the hood will be taken full advantage of, ensuring that the graphics and visual experience will reach new heights.

The PS4 Pro will have a powerful CPU and GPU so that developers can conjure higher-quality games that output dynamic 4K quality graphics with unprecedented visual precision, resulting in smoother and more stable frame rates. Of course, this would mean making sure your TV is 4K compatible, otherwise a Full HD screen would be unable to do the PS4 Pro justice. Thankfully, it continues to support the same user interface as the PS4, and will provide access to the same vibrant online community. Want to enhance your PS4 gaming experience as though it were on visual steroids? The PS4 Pro’s got your back here.