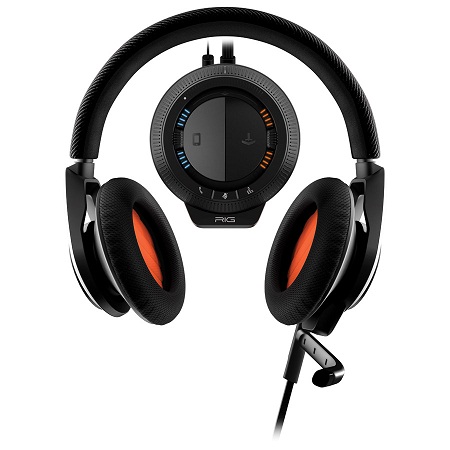 We all want things to be as easy as possible. Just browsing through this site, you’ll likely find a few things that were only made to make our lives easier for simple tasks (for a price of course). We have a few go-to items that we always keep around like our phones, e-readers, and laptops. While they make some aspect so our lives easier, the transition between them can be a bit difficult. Take playing a round of League of Legends for example.

When you’re playing, you can’t very well pause the game and talk on your phone, especially when you’re in a call with your teammates. This is the case for just about any other multiplayer game as well. Plantronics must have seen our woes, and decided to make a headset that would take care of this and many other issues. It is called RIG, which is a headset and mixer combination that will work with your Xbox 360, PS3, PC, Mac, and mobile devices.

This allows you to seamlessly move from one device to the other with a single touch. You can take a call or adjust your music volume to your liking in the middle of a game. It has an inline mic as well as a detachable boom for on-the-go jamming or stationary game time. This is great for those of us who like to have a lot of different devices handy, and don’t want to have to stop and make a shift to change between them. This will cost you around $130, and seems like it might be worth the expense.