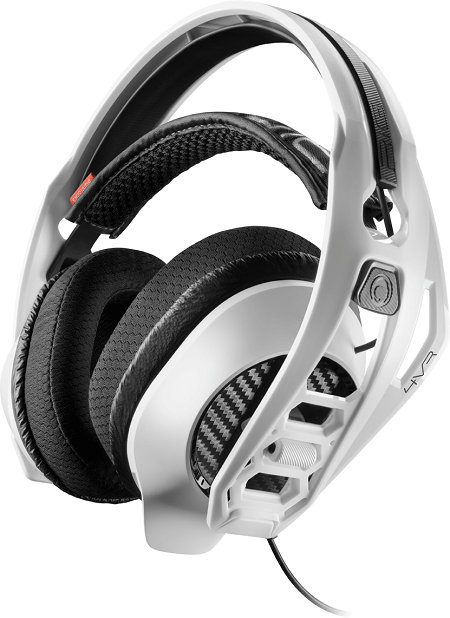 My love of gaming is only topped by my love of coffee and food, and when a brand that I know has made some pretty solid products to enhance my gaming experience comes out with a new line, it feels like Christmas. Plantronics announced last month that a whole new series of RIG headphones would be hitting the market during the holiday season of this year. That just lets us know we can start encouraging our family and friends to buy them for us now.

This new line consists of the of the RIG 400, 600, 800 series, and 4VR. The 400 and 800 are meant for the Xbox One, giving you options for wired and unwired. The 600 series is a cross-platform pair of headphones which is quite similar to the RIG we looked at some time ago, and the 4VR is a wired headset specifically for PS4 and PlayStation VR.

To look a bit more in-depth at these options, the RIG 400 series is lightweight, has sound-isolating earcups, a detachable boom mic, inline controls, 40mm drivers (which is what all of them have), and despite being meant for Xbox One wireless controllers, it comes with a 3.5mm jack to be used across other platforms. The 600 is aimed more at traveling video game and music enthusiasts. It too has sound-isolating earcups, inline controls, a detachable mic with an additional option for an inline mic, 40mm drivers with passive resonators, is lightweight, and can fold up when you need to dash out the door. Looking to the 800, there are big squishy earcups, the same driver/resonator setup as the 600 series, dials on said earcups as there’s no wire, it’s said to be lag-free, and has a 24 hour battery life. The 4VR has a flexible frame, oval earcups that will be comfortable with a VR headset on, detachable boom, and 40mm drivers. No word on price yet, but you can imagine they’ll be around the $150 mark if the RIG we looked before is any indication.