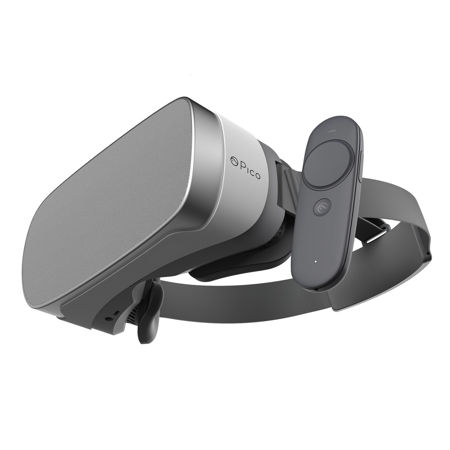 When it comes to Virtual Reality (VR), there is a growing number of options made available to the masses in terms of hardware. The software bit is still being worked on, and this means that things can only get better from here. Pico Goblin has decided to join the VR fray by introducing the all-in-one VR headset for the masses. This is a standalone device, where it has been shipped to North America as well as in Europe.

The Goblin, as it is fondly referred to by Pico, will function as an all-in-one (AIO) VR headset. In other words, there is no need for you to stuff in a smartphone, hook it up to a PC or console in order to have it up and running. Basically, it is self sufficient and is good to go right out of the box. The whole objective of developing the Pico Goblin is to deliver a level of user-friendliness and easy access VR to people, regardless of where they are around the world. After all, many ordinary folk have realized that VR hardware can be difficult to set up and complicated to manage, but not with the Pico Goblin.

It delivers an ease of use, extreme portability in a lightweight package sans wires or clunky cables. Running on a Qualcomm Snapdragon 820 processor, the Goblin will be accompanied by a 2.5K display as well as a pocket-friendly wireless Bluetooth controller. It will arrive with more than 50 games and apps that are ready for download, where five totally new games are released first or is a Pico platform exclusive. Some of the featured games include Attack of the Bugs, Abyssus, Elven Snowdown, Wands, and Starship Disco.

Those who are interested in video can also obtain those through apps such as VeeR VR and the Pico Fly Screen. The former touts to carry some of the best video contents that have been handpicked from a dynamic community of creators, while the latter can enable users to stream video from their PC direct to the Goblin headset via Wi-Fi. Expect the Pico Goblin to retail for $269 apiece.