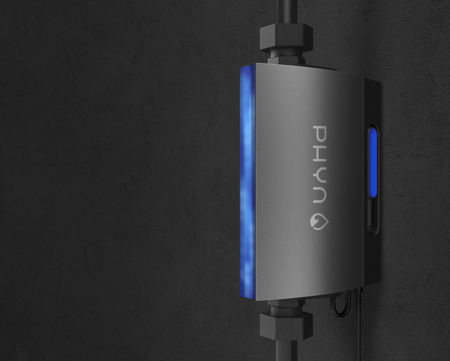 If you are going to kit out your house to turn it into some sort of smart home, why not go the whole nine yards and make sure it ends up with a smart kitchen as well? I am quite sure that there is a fair number of electrical appliances in the kitchen that are capable of working alongside Alexa, the digital voice assistant, so why not add another member into the mix with the Phyn Plus smart water assistant?

Working with notable names such as Belkin International and Uponor, the Phyn Plus is best described to be a smart water monitoring system that works to protect families and their homes from leak damage, boasting of unmatched accuracy and reliability. With the Phyn Plus, homeowners will be alerted to leaks and water damage far earlier than the usual days or weeks after it has begun, where the latter would then incur plenty of cost and could even throw a pall over the entire household. With the Phyn Plus, it will begin to monitor and measure any small fluctuations in water pressure in order to detect and alert homeowners the moment a leak is identified right after it has been installed.

This will help to mitigate costly damage via an automatic shut off, and it gives you an opportunity to diagnose potential problems in plumbing systems even before they end up as an issue of sorts. The HD Pressure Sensing feature in Phyn Plus will be able to measure micro changes in pressure at a rate of up to 240 times a second, allowing it to fingerprint the unique signatures of each fixture while catching a variety of plumbing issues which range from the smallest pinhole leaks to faucet drips and frozen pipes.

Those who are interested in picking up the Phyn Plus will be able to do so later this spring for $850 a pop via the Uponor Pro Squad.