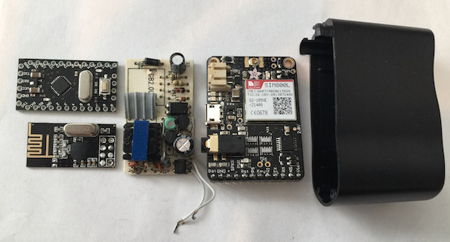 Now that the world has gotten a whole lot more technologically inclined, it goes without saying that it is a whole lot easier to smuggle in electronics into what looks like an ordinary smartphone or tablet accessory – like a charger, for instance. Underneath all of the phony exterior of what looks like a phone charger, lies the internal components of a spy device. In fact, this spy device is full well capable of figuring out every single keystroke that you make via a wireless keyboard.

Apart from that, whatever data that it picks up will be sent straight to the eavesdropper’s connected smartphone, now how about that? In addition, it will work even when unplugged – thanks to a built-in battery, which means it still has some ways left to go before it runs out of juice itself. Built by Samy Kamkar, who calls it the “KeySweeper”, this particular device would affect only specific wireless keyboards. Most of them would be Microsoft-branded wireless keyboards, so do pay extra attention if you happen to use one of those in your line of work. Microsoft has noted that the Keysweeper will affect only its 2.4 Ghz keyboards that were released before July 2011 – which means no Bluetooth-enabled keyboards would be affected.

Other than that, the Keysweeper can also detect certain keystrokes (such as “TopSecretWebsite.com”), before picking up your username and password, sending it via SMS to the person who planted the device. Not only that, it can also store keystroke logs on the device itself, and these logs can be accessed later on via hardwired USB, or if you happen to place a second KeySweeper device within range of the first. When plugged in, it will be charged through the outlet itself, making this one of the more foolproof devices out there. Having said that, you might want to be more careful the next time a good Samaritan offers to lend you his or her “phone charger”.