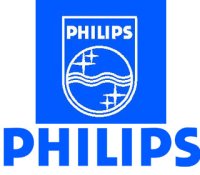 Philips holds the distinction for being the first company in the world to light up its office with nothing but LED solutions. This office is owned by Generali and located at 100 Champs-Elysées Avenue, Paris, making it famous by being a milestone in lighting history. The entire LED effect also goes down well with scene and atmosphere effects that are also LED based. The whole idea can be attributed to architect Anthony Béchu who had been commissioned by Generali, in order for the former to come up with ‘an innovative window in the world of LEDs’. Research has shown that LED lighting solutions improve people’s well-being in addition to providing designers a greater amount of flexibility in the layout of open spaces and the ceiling design. This frees designers from the lighting orientation too often given by fluorescents tubular lamps. Thanks to the relatively long lifetime of LEDs, maintenance costs are reduced to a bare minimum – a good thing in today’s ever rising energy cost scenario.

Throughout the office spaces, the functional office lighting is realized through 422 luminaires integrated in a false ceiling with 600 x 600 grids. Each luminaire is powered by 16 or 12 high power LEDs of 2.6 W depending on their location in the office space. This provides an average of 300 lux everywhere and 500 lux on the working planes. Philips has given special care to the development of optics. In addition, recessed SpotLed 3 K2 luminaires each with 3 LUXEON high-power LEDs are applied in the corridors. The solution complies with lighting norms and standards on energy consumption, illumination levels and visual comfort.

The building would definitely be a sight to behold in its entirety, as when the glass façade of the top two floors are lit, anyone looking at it will get the sense that the building is more like a a beacon in the night to the outside world.