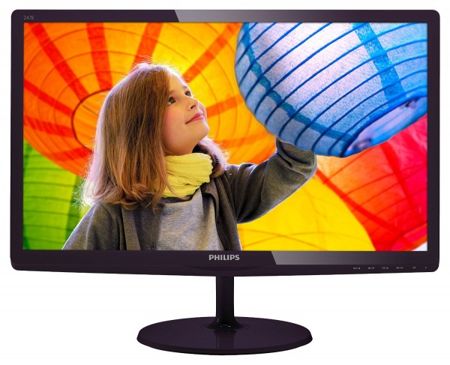 EPI has just announced the expansion the Philips E-line, and this was done through the launch of the 24” and 27” IPS-ADS display (which will carry the model numbers 247E6QDSD and 277E6QDSD, respectively). These new IPS-ADS displays are touted to deliver stunning visuals to consumers, and they will arrive wrapped in an elegant design which would make them suitable to be used at home or at the office. The monitor itself is capable of delivering superb picture quality with IPS-ADS wide-view technology which in turn, provides it with extra wide viewing, so that one can always check out the display regardless of the angle, or so that is how the thought process worked during the design phase.

Being different from standard TN panels, IPS-ADS displays happen to give remarkably crisp images with vivid colors, which would then make them ideal for photos, movies and web browsing, in addition to handling professional applications that actually have a far higher requirement – but it handles the demands for color accuracy and consistent brightness with aplomb in such situations. Apart from that, the display also boasts of Touch Control, MHL technology, Full HD display, and Philips leading SmartImage Lite and SmartControl Lite technology.

Of course, with the economy around the world in turmoil these days, many people look forward to obtaining the best bang for their hard earned buck, and the Philips 24” and 27” IPS displays happen to be available on Amazon.com at the moment for $169.99 and $239.99, respectively. Pretty good deals, don’t you think so?

The Philips IPS-ADS Display will also boast of touch-sensitive icons which are a whole lot more sleek as opposed to the use of protruding buttons for simple monitor adjustment. These icons will be able to respond to your lightest touch, and Touch Control also provides ease of use while also giving the monitor a modern feel.