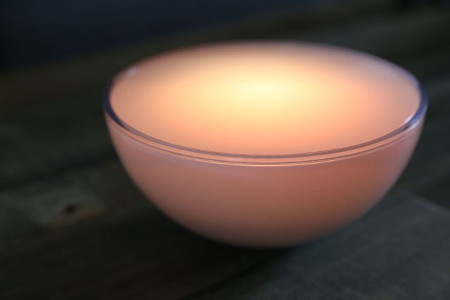 Philips has decided to expand their Hue smart lighting system family with the presence of another member, which will be better known as the Philips Hue Go. The Hue Go happens to be a portable light which will be able to deliver up to three hours of use when it is fully charged, prior to requiring it to be plugged back. There remains a solitary button which will offer local control over light tone as well as dynamic effects, in addition to a low power standby mode as well as auto dimming that maximizes usage while one is on the move.

Of course, the Hue Go does share a family resemblance to some of the other current efforts from Philips, such as the LivingColors Iris and Bloom, although the special thing about the Philips Hue Go would be its integrated battery. This particularly semi-spherical gadget will come encased in translucent hard plastic, and it can output light of any color in the same manner as that of primary Hue bulbs, in addition to a range of white tones.

I suppose the Hue Go would come in handy as a utility light for scenarios where one requires a moderate amount of omnidirectional lighting, and is also useful when it comes to exploring deep closet corners. Not only that, it also doubles up as a gradual wake-up light if you were to plug in on a bedside table. Boasting up to 300 lumens of brightness when plugged in, that will be reduced to 40% when is used unplugged in order to maximize the battery. Expect the Philips Hue Go to retail for $99.95 a pop when it hits the Apple Stores, Best Buy and Amazon Stateside before the end of May. in the U.S. by the end of May or the beginning of June, which is a good deal considering the cost of standalone sunrise simulation wake-up lights. A $100 ‘bowl of light’ may not be at the top of everyone’s needs list, but it could definitely prove a useful addition to existing Hue setups.