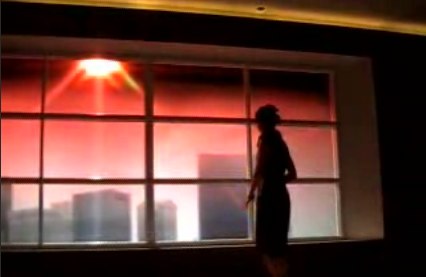 Every once in a while, some new idea shows up that is just plain neat. The Dynamic Daylight Window from Philips is definitely in my neat pick for this week, maybe even for the entire month.

From what I can see, it is a window that a user can control how much lighting he or she can get from it. In other words, if you want it to look like daylight or sunset out, you can adjust the lighting. Part of the adjustment is creating an artificial window blind effect, and the other is adjusting the very light itself, so the sky can turn a different color.

The proposed use of Philips’ Dynamic Daylight Window is to help people adjust to their jet lag. Apparently, the window is designed for hotels, and guests can adjust the artificial day or night light on the window to create some real sleep.

This is not all it does, as it helps to create a mood. As you can see from this YouTube video, a user can create this branchlike effect across the window by simply waving their hand in front of it.

So far, I have no idea how this technology works. I can’t help but thinking it has something to do with a virtual background, and I don’t even know if the “view” you’re seeing in the picture and video is real. However, after what I have seen, I can’t help but want to see one of these Dynamic Daylight Windows in person, maybe even own one myself.