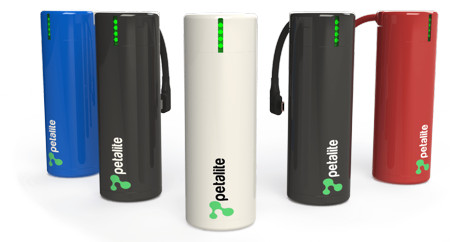 We are a people who simply cannot live without the kind of gadgets that we bring around, ranging from smartphones to tablets and the ilk. Having said that, I am quite sure that those of us who are well traveled would not mind carrying around an extra power pack or additional battery to handle those power crisis moments. Well, having extra power at hand is one thing – but to ensure that your dead battery is juiced up to the maximum level within the shortest amount of time? That is something else entirely. With the Petalite Flux, it claims to be able to offer a full phone charge in a matter of just 15 minutes, now how about that?

The Petalite Flux gained its inspiration from electric-vehicle supercharging technology, where UK hardware startup Petalite have announced the Petalite Flux, which so happens to be an external battery for your handset that can be charged all the way to 100% (2,600mAh of course, anything more than that is going to take more time) in a matter of 15 minutes; merged with their revolutionary Power Dock technology to let the Petalite flux be either charged normally via USB or in just 15 minutes with 10 amps of power when one makes use of the Power Dock.

Petalite has come up with the Flux in order to solve a clear issue with mobile phones, and here is a little math to help you arrive at a purchase decision. Smartphones tend to take an average of 2 hours each day to charge to 100%, which would be more than 56 days connected to a wall during a typical 2 year phone contract, while having a 15 minute charging time would let you save a whopping 49 days of tethered wall charging throughout the entire lifespan of your handset. The Petalite Flux tips the scales at a mere 95 grams, and it comes in a stylish, cylindrical design that makes use of automotive grade components, so that it ends up as an incredibly durable and reliable piece of technology.