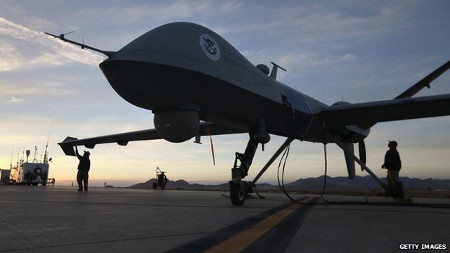 The Pentagon has plans to breath new life into old drones, and they will do so by transforming these once loyal servants into Wi-Fi hotspots. Of course, using drones as a Wi-Fi hotspot is not exactly the newest idea on the block, and neither does it elicit an “Eureka!” moment, but it is interesting to see how this might change the face of battle in a war. Normally, the equipment that is required for long-range high-bandwidth Wi-Fi is more often than not unavailable to troops in the field. With some modifications made, engineers do hope that this will change, offering airborne Wi-Fi hotspots which allows isolated troops to have a decent data connection.

This does seem to be pretty much in vein with that of Facebook’s initiative to deliver their Connectivity Lab idea to the world, blanketing even remote areas with Wi-Fi connectivity, although critics of this program have (justifiable) fears that such drones could be the weak point when it comes to security.

On the flipside, if this program takes off successfully (pun not intended), then troops on the battlefield will be able to gain access to a secure, stable and fast internet connection. Dick Ridgway, Darpa programme manager shared, “We’re pleased with the technical achievements we’ve seen so far in steerable millimetre-wave antennas and millimetre-wave amplifier technology. These successes – and the novel networking approaches needed to maintain these high-capacity links – are key to providing forward deployed units with the same high-capacity connectivity we all enjoy over our 4G cell-phone networks.”

The initial phases of this particular drone transformation program would include smaller, steerable antennas; signal boosters; increased power efficiency and a light pod that will allow the device to be carried without burdening the unmanned aerial vehicle (UAV) itself. It is said that this network could very well hit the 1 gigabit per-second (Gb/s) capacity, making it as fast as Google Fiber’s. Tweets and Facebook updates directly from the battlefield, yo!