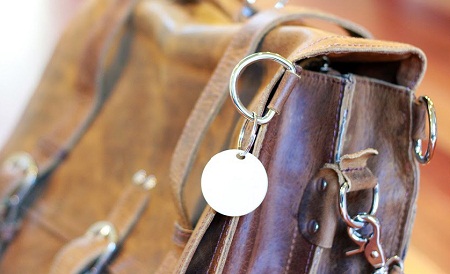 While we manage our lives fairly efficiently, there are always items out of place. Keys seem to love playing hide and seek, pets run further than they should from home, and the remote seems to find itself a new spot to hangout almost daily. It is impossible to micromanage the location of every object in your house, so why not put together a system that will do all the hard work for you?

The Pebble Bee was made by someone who has a family with both children and pets, meaning that things are misplaced far more often. This is merely a Bluetooth motion sensor that can be applied to just about anything because of its list of abilities. Not only does it have a 3-axis gyroscope, compass, and thermometer, but also flashing lights, a buzzer, and the capability to send alerts to your phone for whatever you need.

There are three options available called the Honey, which is mainly just a Bluetooth device which can flash or buzz, the Hornet, with the three 3-axis sensors, and Dragon, which has all of the above, as well as an induction coil and voltage regulator. This crowdfunding campaign seems to be built on the Hornet and Dragon more than anything else, but the Honey was likely added to give a lower priced option.  They range in price from about $18-40, but that’s only one a piece. If you want a variety pack, you could go for the $261 option, which would give you three of each kind. These are rechargeable, and will last anywhere from one to six years depending on which kind of battery you put in it. This will work seamlessly with whatever phone you have that is Bluetooth enabled.