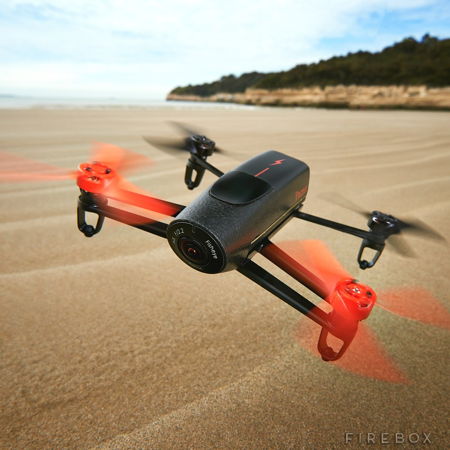 For those who are not in the know, the company known as Parrot is no stranger when it comes to drones – they have come up with a fair number of drones in the past, such as the AR.Drone 2.0 Elite Edition, but this time around, they are offering something that looks slightly different from the quadcopter form factor that most of us are used to. The £429.99 Parrot Bebop Drone would be able to help you capture stable and clear aerial footage regardless of the drone’s movements, which would provide the perfect platform for you to start shooting those sweeping, panoramic shots for your home videos.

The Parrot Bebop Drone is also a snap to control, where you will be able to do so using your smartphone or tablet. There is a 14 megapixel fisheye camera that will shoot full HD 1080p video without missing a beat, while internal technology delivers undistorted images every single time. Not only is the Parrot Bebop Drone lightweight, it is also incredibly robust, so do not be fooled by its build quality since it is ready to fly right out of the box – regardless of whether you want it to ply its trade indoors or outdoors. Internal hardware includes a 3-axes accelerometer, gyroscope, magnetometer, one ultrasound sensor with an 8 metre reach, one pressure sensor and a vertical camera to track the speed.