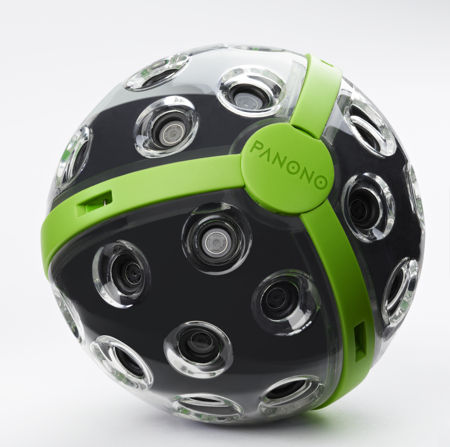 When it comes to the world of digital cameras, there are many different kinds of models to choose from – some of them happen to be more expensive than the rest (and presumably, carry a whole lot more functions too, of course), while others are general models which will be able to keep the average consumer happy. However, if you would like something that is out of the ordinary, perhaps a 360-degree camera might cross your mind? After all, something like that will certainly spruce up the kinds of different photos that you will be able to shoot, and here we are with word that the Panono Explorer Edition 360-degree camera will be made available to the masses in order for them to have a hands-on experience at CES next year. In fact, the Panono Explorer Edition happens to hold the distinction of being the first consumer camera that surpasses 100 megapixels and deliver seamless, high-resolution 360° X 360° panoramas with just a single shot.

In other words, you will be able to capture high resolution panoramas with but a single shot. This 108-megapixel, ball-shaped Panono will boast of three dozen (that would be 36!) individual camera modules that are specially embedded all around it, and these will fire simultaneously in order to capture everything and everyone in every direction, all at once. What makes the Panono 360-degree camera so special is the very fact that it can be triggered simply by tossing it into the air; where all 36 cameras will then fire when the camera arrives at its apex. Not only that, one will also be able to trigger the Panono simply by using a selfie-stick or a mobile device that functions as a remote control whenever the camera is on a tripod.

There is no concrete word on pricing just yet at the moment, but if you would like a fully immersive experience, then the Panono is certainly able to deliver.