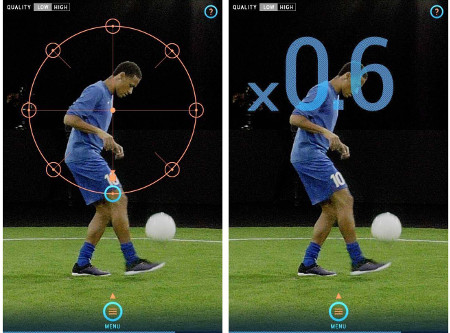 When we talk about Panasonic, the Japanese consumer electronics giant certainly comes up with its fair share of devices over the years, and the realm of cameras is also one in which it has rolled out a number of shooters – some uniquely tough, others ordinary, while others like the Panasonic Nubo that will rely on 4G connectivity in order to get the job done. This time around, Panasonic has shown off more of its 360° Observation Cam, and in order to make sure that you get to see the capabilities of the 360° Observation Cam, one will be able to check out the 360-degree footage of Neymar Jr.’s amazing football skills on a smartphone or over a computer.

Just in case you were wondering as to who Neymar Jr. is, he is one of the feared MSN trident from Barcelona F.C. – comprising of Messi, Suarez, and Neymar himself, where the three have banged in an unbelievable amount of goals within a short period of time, taking just one season of playing together to click well. Neymar Jr. hails from Brazil, the land that gave us other greats such as Zico and Pele, and it is nice to see how Neymar Jr. showcases his skills by having it reproduced in super-real 3D computer graphic video.

The 360° Observation Cam was developed via Panasonic graphic technology in order to deliver a new content on the “NEYMAR JR. CRAZY SKILLS” website. Neymar Jr.’s amazing skills can be seen from a 360-degree perspective, and you can also opt to have the footage replayed in slow motion or to have it zoomed-in on his feet, depending on which sector you would like to focus on. Upon launch, eight plays are available for viewing, in Japanese, English, Spanish, and Portuguese, although down the road we will see more content updated along the way.