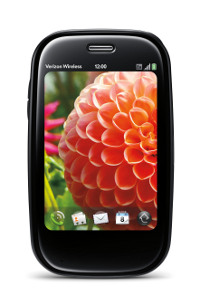 When Palm’s Pre was announced at the last CES alongside their webOS platform, the world was abuzz at what could possibly be an iPhone killer. Unfortunately as time has proven, while the idea was great, the execution wasn’t done properly, which was why the Palm Pre (and its follow up, the Pixi) failed to make that much of an impact around the world despite it being a really great handset to use. Well, CES 2010 sees Palm coming back with a vengeance with the announcement of two more Palm handsets that are based on the webOS platform – the Palm Pre Plus and the Palm Pixi Plus, where they will be made exclusives over Verizon Wireless’ network this coming January 25th for a yet undisclosed price. To know just what new stuff Palm has thrown in, kindly head on to the extended post.

At first glance, the Palm Pre Plus looks the same like the original Palm Pre, where you are greeted with a large, vivid touchscreen display, a high-performance processor and a slide-out keyboard. While the keyboard is still easy to use and makes for quick typing, the navigation button has been removed, making that the most glaring difference. You will get double the memory with 16GB of storage space, while it already comes with the Palm Touchstone Back Cover that makes it Touchstone Charging Doc-ready right from the get go.

As for the Palm Pixi Plus, Palm addresses the Pixi’s greatest weakness by throwing in Wi-Fi support. Yes, at long last you are able to go online from various hotspots without suffering from such indignation amidst a slew of other smartphones that have long supported such a feature. Apart from that improvement, we also have word on the all-new Palm mobile hotspot. This webOS app allows you to create a personal Wi-Fi cloud that can support up to 5 other Wi-Fi devices, which means there no longer is any need to purchase software like Joiku and the ilk. Would all the improvements stated above make you want to open up your wallet and go all out to bring home either Palm device, or are you much more of an iPhone or Android fan?